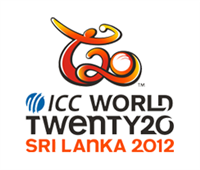 
ICC World Twenty20 2012 Itinerary
Twenty20 Cricket has never failed to enthrall and captivate the minds of cricketing viewers and spectators round the globe. Since its early days, T20 Cricket came under constant criticism. But with the unprecedented success of the inaugural edition of the International Twenty20 World Cup, all questions over the longevity of the shortest format of Cricket was put to rest once and for all. To globalize T20 Cricket throughout the globe, the International Cricket Council decided to host T20 World Cups every 2 years. The year 2012 will see the next edition of the World T20, to be played in the Asian country of Sri Lanka. The Twenty20 World Cup 2012 is the 4th edition of the T20 World Cup. This international T20 cricketing event will be hosted by the island country of Sri Lanka. In fact, this is the first time that this grand tournament will be hosted by an Asian country. The official dates have been announced by the ICC, the championship will start from September 18, 2012 and continue up to the first week of the November. Just like all other cricket tournaments and series, the ICC World T20 Championship is a part of the innovative Future Tour Programs (FTP).

The ICC has released the official cricket fixture of the World T20 to the public and the media, as assured by the officials at ICC last year. This time, the number of qualifying teams has been raised from 12 to 16. This implies, the minnows and the associate countries stand a chance to compete against the big teams and gain experience. For that, a qualifying round will be held in the first quarter of 2012. The first game of the ICC T20 World Championship 2012 will be underway from Tuesday, September 18, 2012. The matches will be held in Galle, Kandy and Colombo. The finals, though, will be held at the legendary R. Premadasa Stadium in Colombo. It is one of the magnificent cricketing venues of the modern age. In the distant past, it has been witness to great cricketing spectacles, including quarter finals and semi finals of Cricket World Cup 2011 and 1996. Also, it would be interesting to see whether an Asian country will host the cup, or will it be a new name to lift up the coveted T20 World Championship crown. It’s just a matter of time, before the winner is exposed to the cricketing fraternity.


Qualification for the Tournament
All Test-playing nations achieve automatic qualification to the tournament, with the remaining places filled by ICC associate member nations through a qualification tournament.
Qualification for the 2007 World Twenty20 came from the results of the first cycle of the ICC World Cricket League - a 50-over format league for non-Test playing nations. The two finalists of the Division One tournament - Kenya and Scotland - qualified for the inaugural World Twenty20 tournament alongside the Test-playing nations. Qualification for subsequent tournaments, beginning with the 2009 event, is achieved through a special event using the twenty20 format.
A World Twenty20 Qualifier was held in 2008 as qualifier for the 2009 World Twenty20 and currently is the main qualification tournament for all the upcoming World Twenty20's tournaments. The 2008 Qualifiers were played between 2 August and 5 August 2008 in Stormont, Belfast in Northern Ireland. The six competing teams were: Bermuda, Canada, Ireland, Kenya, The Netherlands and Scotland, with the top three earning a place at the 2009 World Twenty20 in England. The competition was won by Ireland and the Netherlands, who shared the trophy after rain forced the final to be abandoned without a ball bowled. Both teams qualified for the 2009 finals in England. Due to the withdrawal of Zimbabwe from the competition, the two finalists were joined by third-placed Scotland.
The 2010 Qualifier was the largest so far, with eight competing teams. It was played in the United Arab Emirates from 9–13 February 2010 with the top two teams progressing to the 2010 tournament in the Caribbean. The eight competing teams were: Afghanistan, Canada, Ireland, Kenya, the Netherlands, Scotland, UAE and the USA. The competition was won by Afghanistan who qualified along with Ireland who were second.


History
Posted by CHEthiya Nishantha at 11:23 AM No comments: